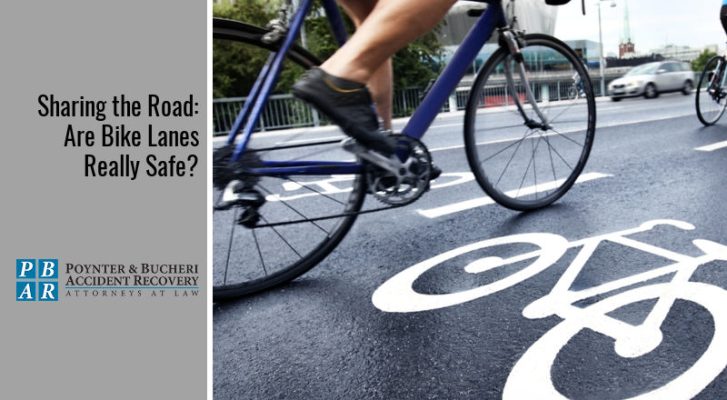 The draws of opting for a bicycle over a car are hard to ignore. When you choose to commute via a bicycle, you don’t have to pay for insurance or gas, they’re lightweight and portable, and not to mention you get some great cardio in as well. This does not, however, exclude bicyclists from hazards and potential dangers while on the road. What’s worse, many drivers believe they automatically have more of a right to be on the road than bicyclists. This is absolutely not the case, which results in a bike lane accident.

In the United States, with the exception of interstates and highways, bicycles are generally allowed on most of the same roads that cars and trucks are allowed to drive on. The law in every state specifies that bicyclists have the same rights and responsibilities that drivers do. This includes stopping for stop signs and red lights, indicating before turning, and not riding while intoxicated.

In this blog, we discuss some common misconceptions regarding bicycle safety and some tips on how to keep yourself and other cyclists safe on the road.

In truth, bicycling results in far fewer fatalities, causes fewer delays, and cyclists break the law no more than drivers of cars or trucks do. As long as they obey traffic laws and maintain road responsibilities, there should be no disparity between cyclists and motorists.

However, there is a certain degree of confusion surrounding bicycle safety precautions that needs clearing up. Some of the most common misconceptions regarding bicycling include:

According to data from the NHTSA, the number of bicyclists killed each year has remained consistently between 600-800 people despite a 60 percent increase nationwide in bicycling as a way to commute. When it comes down to it, bicyclists are in much more danger on the road than drivers of trucks or cars, seeing as these vehicles generally weigh 200 times more than a bike. It is the duty of all drivers to keep bicyclists safe from harm however they can, so take note of the following tips to keep them safe while driving:

You need an aggressive personal injury lawyer to fight for your rights. The insurance adjuster does not represent your best interests. Let Poynter & Bucheri Accident Recovery Attorneys at Law protect you and your family from insurance companies seeking to undervalue and deny your valid insurance claim.

Call our law firm at 1-800-265-9881 or (317) 780-8000 to request your free consultation with an Indianapolis bicycle accident attorney. Your free case review includes an explanation of your legal rights, a discussion of your options, and our legal opinion of your claim based on our years of experience handling boating accident claims in Indianapolis.