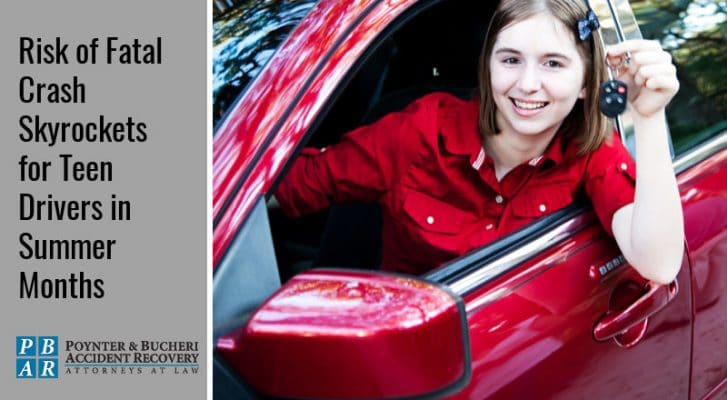 When school’s out, the children reign, and unfortunately, this means an increased risk of being involved in or causing a fatal car accident for teenagers. Memorial Day marks the unofficial start of summer and what experts refer to as the “100 Deadliest Days.” This period spans from Memorial Day to Labor Day and is considered some of the worst days to be on the roads because of the surge of inexperienced drivers.

According to AAA, from 2010 to 2019, nearly 7,000 people died from summertime accidents, with teen drivers ages 16-17 being most responsible. With more freedom and unstructured time comes tendencies towards seeking out thrills due to boredom. And as driving is still new and exciting to these young drivers, hitting the road and driving around with friends is often how they find ways to entertain themselves during the summer months.

There are several factors that contribute to fatal teen crashes, with distraction, speeding, and not buckling up being the most common.

Though teens are more likely to be involved in fatal crashes, there are some steps they can take to help significantly lower their chances of being in an accident:

If you or your teen has been injured in an accident caused by another negligent teen driver, contact the accident recovery experts at Poynter & Bucheri. We understand how serious the results of teen driving accidents can be and will ensure you are properly compensated for your injuries and losses. Don’t hesitate — one of our experienced attorneys can assist you right away. Call 1-800-265-9881 for a free case review.