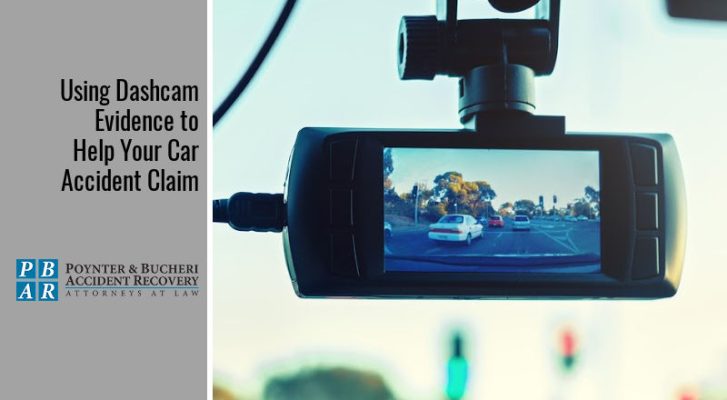 When filing a car accident claim, the more evidence you have, the better. And as digital technology increasingly becomes a central component in our lives, digital evidence has also become more popular.

Video footage and dashcam evidence, for example, are being used more often in car accident cases to help victims better prove what happened and win a high-value settlement. However, many still have questions about the legalities of dashcams and if they can actually help in a car accident case.

So, let’s dive in to address these concerns and understand more about Indiana car accidents and dashcam evidence.

What is a Dashcam?

The name dashcam itself essentially describes what these devices are. They are cameras placed inside a vehicle, usually attached to the dashboard or nearby, such as the windshield. These cameras do not come with the car but rather are something purchased through a third party and then later installed.

The purpose of a dashcam is typically to capture footage in case an accident occurs. The cameras most often face outward so they can capture what happens outside the car, such as a collision. However, some dashcams can also record audio, meaning they might capture external audio and anything being said inside the vehicle.

Are Dashcams Legal in Indiana?

Installing a dashcam is legal in all 50 states. However, how the dashcam is used is where legalities come into play. There might also be regulations regarding where specifically the dashcam can be mounted.

In Indiana, the dashcam can be placed anywhere on the dashboard. However, if it is placed on the windshield, it must go in the bottom corner and cannot be any bigger than four square inches. This is primarily so the camera does not obstruct the view of the driver.

So, this means that video footage captured by a dashcam in Indiana can be used as evidence.

If the dashcam also captures audio, the footage will only be allowed for use as evidence if the recording adheres to state recording laws. Indiana is a one-party consent state for audio recordings. This means that as long as one party agrees to the recording, the audio is legal and can be used as evidence.

In Indiana, if you set up the dashcam and are part of the audio that was recorded, this counts as one-party consent. You technically then do not need anyone else’s consent to record.

How Can Dashcam Evidence Benefit My Car Accident Claim?

Dashcams can capture a number of things that can help you when you file a car accident claim, such as:

All of this information is incredibly important and helpful when you file a claim, especially if there are disputes over what actually happened. Without clear and convincing evidence, it can sometimes be your word against the other party’s. This is why it is crucial to have as much evidence as possible, and video footage is often the best kind of evidence because it is often irrefutable as it clearly shows what happened.

As a whole, dashcams can help you:

Be Mindful of Dashcam Use

Though dashcam footage is more helpful than not in most cases, it’s important to note that it could be used against you. Even if another driver was clearly at fault for doing something like running a red light or speeding, your own actions inside the car could also result in some of the blame being placed on you.

For example, if the dashcam reveals that you were distracted while driving, insurance companies could use that to either deny your claim entirely or offer you a reduced settlement. So when choosing to submit your dashcam for evidence, it’s important to review the footage with a personal injury attorney first to make sure there is nothing that can be used against you.

To ensure your dashcam footage will help rather than hinder your car accident claim, consult with a local attorney.

At Poynter & Bucheri, we understand local dashcam laws and can review your dashcam footage to make sure it will benefit you and your case. Furthermore, we can help you navigate every aspect of your claim to ensure the best possible outcome overall.
Don’t hesitate — an experienced Indiana car accident lawyer can assist you right away. Call 1-800-265-9881 for a free case review.