Do Personal Injury Caps Exist for Injury Claims in Indiana? 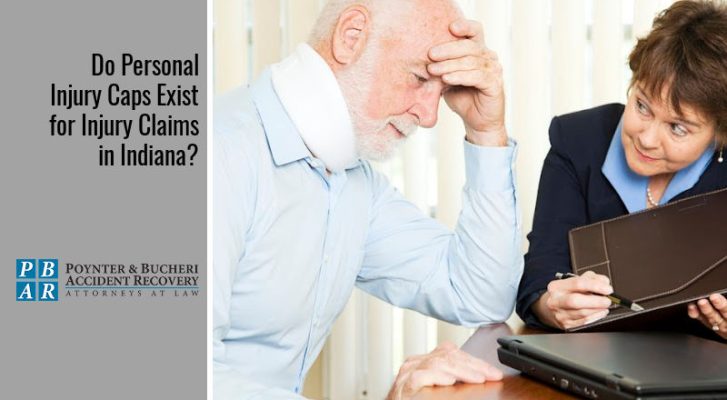 When you are injured due to someone else’s negligence, such as in a traffic accident or a medical malpractice case, you would typically pursue legal action to recover compensation for damages. These cases involve personal injury claims that consider the victim’s damages to determine how much money they are owed. So, are there personal injury damage caps?

Despite what you may think or may have heard, you cannot simply walk away with any amount you’d like. There are cases where the victim may be awarded millions of dollars for what happened to them, but it is not always guaranteed that the victim will walk away with that entire amount. This is because of something called a personal injury cap or a damage cap.

All states, including Indiana, put caps or limits on how much money the injured party can receive. If the plaintiff (injured party) is awarded an amount that exceeds the state’s cap on personal injury claims, the final amount they receive will be reduced down to the limit by the court before they can collect the money.

So, yes, damage caps do exist in Indiana, and they can affect your claim. There are minor injury caps and caps for more severe damages. However, as victims with minor injuries are generally not awarded as much money, it is unlikely that the court will have to cap how much they receive. Typically, damage caps exist for cases where the victim may be owed a substantial sum of money, such as for medical malpractice lawsuits, cases against government agencies, and wrongful death claims.

If you have questions about a personal injury damage caps, our team at Poynter & Bucheri Accident Recovery can assist you. Dealing with claims, lawsuits, and legal jargon can understandably be confusing and frustrating. If you are injured and need help, our attorneys can review your case and answer any questions you may have. Our goal is to help each and every client win their case and ensure they get the compensation they deserve.

What is the Purpose of a Personal Injury Damage Cap?

The general idea behind personal injury caps is that they keep defendants from being liable for more than they can handle. In other words, they restrict how much money the plaintiff can recover from the defendant to avoid causing that person or organization to go bankrupt. It is also considered a benefit to the economy.

What Are Personal Injury Damages?

The damages the plaintiff suffers after an accident will determine how much money they are awarded in a personal injury case. Despite what the term “personal injury damages” might imply, the damages you can recover compensation for include more than just your physical injuries.

There are three categories of damages, and each one will be considered when your claim amount is calculated:

Economic damages account for the monetary losses the victim suffers after an accident. These include:

It can also include various other calculable losses such as home and vehicle repairs or modifications, cost of transportation (i.e., for driving to and from medical facilities), and home and child care.

In contrast, the noneconomic damages are the non-monetary things that the victim may suffer from, such as:

Punitive damages are awarded as a way to punish the defendant for their negligent actions. These damages are typically awarded in cases where the defendant intended to purposely harm the plaintiff, otherwise known as malicious intent.

What Are the Specific Personal Injury Caps in Indiana?

In Indiana, damage caps will likely only exist in cases where the guilty party owes the plaintiff a large sum of money. While general personal injury claims could result in a cap being placed on damages, it is more likely to occur in the below situations.

If you or someone you love has been injured as a result of another person’s or organization’s negligence, contact the personal injury experts at Poynter & Bucheri. We understand that dealing with a claim or lawsuit while trying to recover from an accident can be overwhelming. Our team can help guide you through the process and help you understand your rights to ensure you get the compensation you deserve.