Wrong Way Crashes on the Rise Across the US 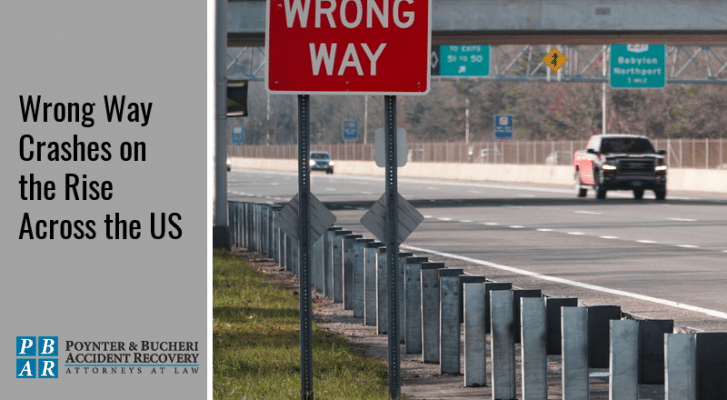 In this article, you will learn about:

Although wrong-way driving accounts for only 3% of accidents on high speed divided highways, these collisions are understandably the most dangerous and deadly type of crash.

Unfortunately, although driving is getting safer as a whole, the number of wrong way crashes is on the rise across the United States. In March of 2021, the AAA Foundation of Traffic Safety and the NTSB released an unsettling report showing that the number of deaths attributed to wrong way collisions on divided highways increased by a whopping 34% when the data of 2015-2018 was compared to that of 2010-2014.

As of 2021, this trend seems to be continuing. In Indiana alone, the past few months have seen several accidents of this type, including:

Why would anyone make such a fatal mistake?

There are several reasons, and each crash is different, but the AAA and NTSB found three major causes:

The AAA/NTSB report concluded by suggesting certain countermeasures designed to decrease the number of wrong-way driving on divided highways or to lessen the damage once someone found themselves in such a situation:

If you have been injured in a head on collision as a result of a driver traveling in the wrong direction, consult the car accident attorneys at Poynter & Bucheri Call 1-800-265-9881 or (317) 780-8000 now to speak with a PBAR representative. You can also chat with a representative 24/7 on our website to get the help you need now!