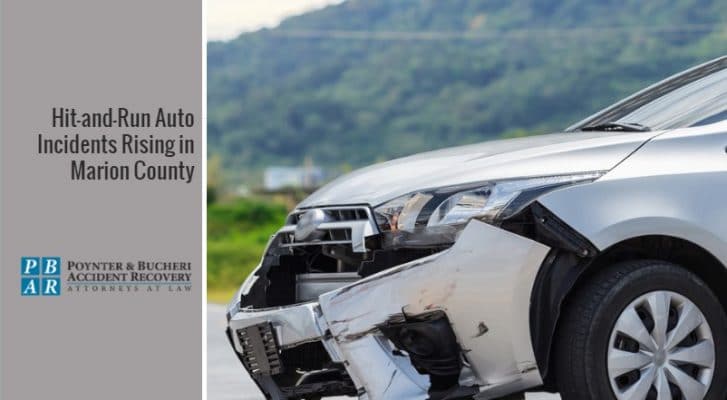 We’re seeing a noticeable spike in the total number of hit-and-run incidents in Indianapolis and the surrounding area, and it’s becoming a trend.

What do all these numbers mean? Here in our neighborhoods, we are seeing an average of 14 hit-and-run accidents each day.

Why would someone leave the scene of an accident? It’s unlawful and irresponsible. Nevertheless, the most common reasons include:

Indiana Governor Eric Holcomb recently signed a bill into law that designates a hit-and-run accident that results in a fatality as a Level 5 felony, with steeper, more serious penalties for drivers who leave the scene of a crash.

A rundown of just a few of the hit-and-run incidents in 2019 include:

Even if a hit-and-run accident does not cause death, great cost associated with a hit-and-run, including personal injury, property damage and emotional distress.

If you or a loved one has been injured physically or mentally by a person, product or company, you need to know your legal rights. Our personal injury attorneys are experienced with cases like yours and can evaluate what your case may be worth. We will ensure that you are protected and compensated for your injuries and losses. Why pay up to 40% in attorney fees? Our fee is only 25%* and we fight to win your case or you pay no attorney fees at all. Don’t hesitate – one of our experienced attorneys can assist you right away. Call 1-800-265-9881 for a free case review.