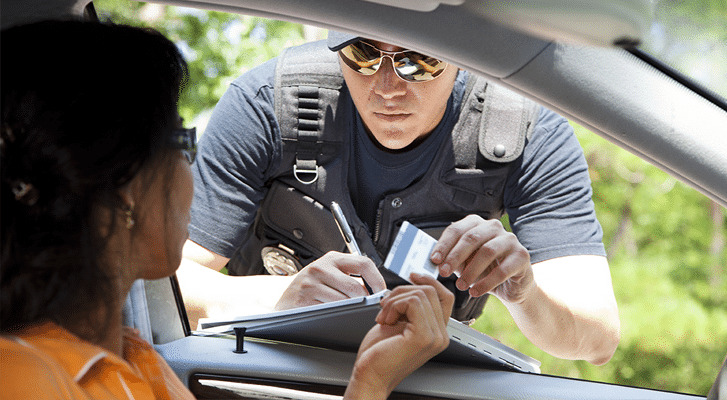 Sadly, many traffic accidents are avoidable had it not been for an individual’s careless or reckless behavior. Traffic accidents can happen for many reasons, including violating a common traffic law. When another driver violates a traffic law and causes an accident, that driver could be held liable for damages in a personal injury claim.

However, you must prove that the other driver caused the crash to recover compensation from the driver or the driver’s insurance company. An Indianapolis car accident attorney can review the facts surrounding the case to determine the cause of the accident. In some cases, proving that a driver violated a traffic law helps prove fault and responsibility for the crash. Some common traffic law violations that can lead to or play a factor in motor vehicle accidents include:

Speed plays a factor in thousands of traffic accidents each year. Speed limits are set at specific ranges based on the area and driving conditions. Exceeding speed limits can lead to an increased risk of death, catastrophic injuries, and substantial property damage. Speeding accidents accounted for over one-quarter of the traffic deaths in 2017.

Almost all drivers are guilty of tailgating occasionally. It is easy to become frustrated with a slow driver or the pace of traffic. Unfortunately, tailgating is a common factor in many rear-end accidents. When you follow a car too closely, you do not have time to stop if the car should slow or stop suddenly.

Driving Under the Influence

DUI of alcohol or drugs is against the law. Even a small amount of alcohol in your system can result in impaired abilities. Driving under the influence of drugs, even over-the-counter cold medications, can also reduce your ability to operate a motor vehicle safely. Indiana has severe penalties and punishments for convictions of drunk driving. Sadly, many people ignore the warnings and education about the dangers of drunk driving.

Failure to Yield the Right of Way

Whether you run a stop sign, turn left in front of another vehicle, or run a traffic light, failing to yield the right of way can cause a head-on or side-impact traffic crash that can be deadly. Side-impact and head-on crashes are two of the deadliest types of motor vehicle accidents. It is crucial that drivers pay close attention to their driving so they can avoid violating this traffic law.

Weaving in and out of traffic in a hurry to get somewhere can get you killed. Improper lane changes increase your risk of being involved in an accident. A driver who slams on breaks when you cut in front of him can cause a chain reaction car crash. If you bump the other vehicle just slightly, you could lose control of your vehicle. You should be able to clearly see the other driver and the entire front of the vehicle in the rear-view mirror before changing lanes. When changing lanes in front of a semi-truck, you need to allow even more room.

Get Help from an Experienced Indianapolis Traffic Accident Attorney

The above traffic law violations are just a few of the violations that can lead to a traffic accident. If a careless or reckless driver caused your injury, we want to help.