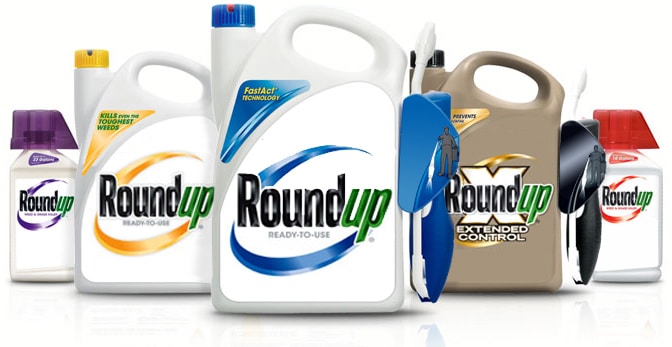 A California jury delivered another strong rebuke to the manufacturer of Roundup weed killer when it awarded a couple $2 billion for punitive damages sustained after using the weed killer for years. The jury also awarded the couple $55 million in compensatory damages. This lawsuit was the third jury verdict against the manufacturer of Roundup, Monsanto. Bayer AG recently purchased Monsanto. The other two jury verdicts also occurred in California. Currently, more than 13,000 lawsuits are pending in the United States alleging the weed killer causes cancer.

The first Roundup case involved a groundskeeper who was exposed to Roundup at work. He testified that he had sprayed large quantities of Roundup on the school grounds as part of his job, which would transfer onto his body when it was windy. Also, a hose broke at one point, allowing the chemical to spray onto him.

A jury agreed with the allegations made by the plaintiff’s counsel that Roundup contributed to the development of the groundskeeper’s cancer. In August 2018, the jury awarded the groundskeeper $289 million after he developed non-Hodgkin’s lymphoma. A judge later reduced the award to $78 million.

The second Roundup lawsuit verdict against Bayer and Monsanto came in March 2019 when a San Francisco jury awarded a man $80 million in damages. The gentleman had used Roundup for over 26 years. The plaintiff’s counsel alleged that the long-term exposure to the chemicals in Roundup led to the development of non-Hodgkin’s lymphoma. As with the other verdicts, Bayer and Monsanto disagree with the verdict and assert that the weed killer is safe.

What is Roundup Weed Killer?

However, in 2015, the World Health Organization’s International Agency for Research on Cancer issued findings that herbicides containing glyphosate are probable human carcinogens. Lawsuits allege that Roundup causes cancer and that Monsanto has known for many years that its product could cause cancer but failed to warn consumers and may have hidden that fact from consumers. In some lawsuits, the company is accused of inappropriately attempting to influence scientific studies and regulatory agencies.

In 2002, researchers used evidence from previous studies to examine the impact of exposure to glyphosate. When the researchers combined the results from the 1998 and 1999 studies, they found that exposure to Roundup could triple the risk of developing non-Hodgkin’s lymphoma.

Even though many studies support the finding of an increased risk of developing cancer after using Roundup, Monsanto and Bayer continue to stand by their product and deny these findings. As seen in the latest jury trial and the two previous jury trials involving Roundup, jurors disagree with the assertions of safety by Monsanto and Bayer.

In addition to non-Hodgkin Lymphoma, other types of cancer may be linked to exposure to glyphosate, the main ingredient in Roundup. Other cancers that could develop after exposure to Roundup include:

If you or a family member has developed any type of cancer after being exposed to Roundup, it is important that you discuss your diagnosis with an experienced Roundup lawsuit attorney. Your cancer diagnosis could be related to the exposure to glyphosate in Roundup. You could be entitled to substantial compensation if your exposure to the weed killer contributed to the development of cancer.

Contact a Roundup Lawsuit Attorney for a Free Case Review