Are Large Truck Accidents More Deadly for Passengers in Other Vehicles? 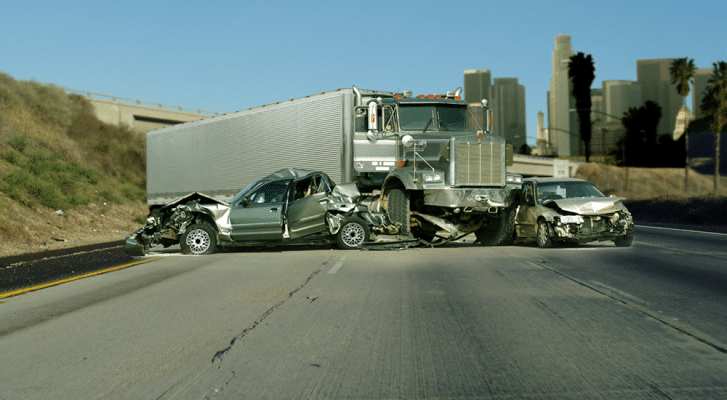 Does it make you nervous to drive next to a big-rig on the interstate? Do you hold your breath for a few seconds until that 18-wheeler either passes you or is safely in your rear-view mirror? If so, you are not alone. Many people do not like sharing the road with large trucks because they perceive these massive vehicles as dangerous and potentially deadly in large truck accidents. They are correct.

How Many People Die in Large Truck Accidents?

Large trucks were involved in nine percent of the traffic crashes during 2017, even though they only account for four percent of the registered vehicles.

Who is Responsible for Large Truck Accidents?

Truck drivers are blamed for many of the large truck accidents each year. An article published on Trucks.com suggests that a factor in the number of truck crashes could be that some truck drivers drive faster because of the federal requirements regarding rest breaks and sleep periods. The drivers speed to make up time that they lose because of the required breaks.

The FMCSA lists the top five truck driver-related factors in fatal truck accidents from 2015 to 2017 as:

In a truck accident case, there could be several parties who might be responsible for damages. The truck driver and the trucking company may be liable, but so could the shipper if the shipper loaded the cargo incorrectly causing the truck to flip when the cargo shifted. A repair shop could be liable for damages if they were negligent in performing repairs or maintenance.

It is crucial to establish at least two things after a truck crash: