Do You Know How to Share the Road with a Semi-Truck in Indiana? 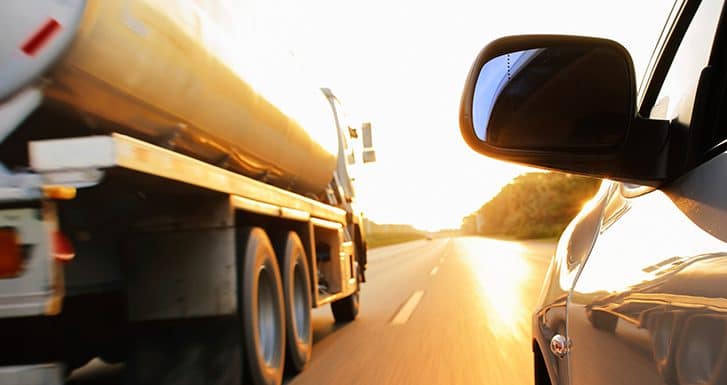 Does it make you nervous to share the road with a semi-truck or other large commercial vehicle? If driving beside a large truck makes you nervous, you are not alone. Many people view large trucks as a danger on the road, and they have very good reasons for their beliefs.

Even though sharing the road with commercial trucks may be dangerous, our country depends on the services provided by commercial trucking companies. Large trucks are one of the most efficient and economical ways to transport goods from one end of the country to the other end. Commercial trucks make it possible for manufacturers and producers to offer goods at lower prices for consumers.

However, even though we may need commercial trucks, that fact does not decrease the risk of severe injury and death caused because of large truck accidents.

You cannot control road conditions or the actions of others on the road. However, you can take a few steps that could reduce your risk of being involved in a semi-truck accident.

Large vehicles have large blind spots around the entire vehicle. Driving in a “no zone” can increase your risk of being involved in a commercial truck accident. Try to avoid driving in the truck’s blind spots so that the truck driver can see your vehicle.

Large trucks take a lot of room to maneuver. Turning, passing, and stopping are much more complicated maneuvers in a semi-truck. Therefore, when you are following a truck, stay back far enough so that you can clearly see the driver’s side mirrors. In addition, when you pass a commercial vehicle, allow more room before you re-enter the lane because trucks cannot stop quickly.

Trucks must have an extremely wide radius for right turns. If you attempt to pass a truck on the right to “beat” the truck, you may find yourself in an extremely dangerous place. Serious truck accidents occur when the truck driver does not see vehicles on the right side and run over the vehicle while turning.