What to Expect When Making a Claim 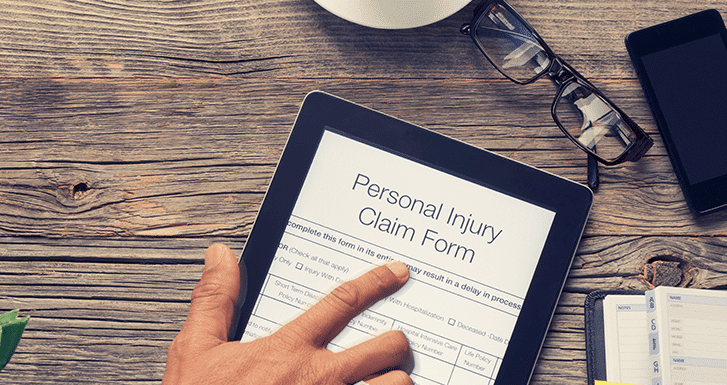 An Insurance Claim can be a complicated process and full of unpleasant surprises and frustrating delays. Don’t forget, the insurer only makes money if it doesn’t have to pay out money. Even with the most established companies, there is almost always going to be some resistance to paying your claim.

Also, it behooves insurers to be prudent and deliberate. That means the schedule for processing your claim and the events that take place can be out of your hands. Nonetheless, some things happen in the same order in most insurance claims, and you can at least get a general idea of what’s likely to happen.

The following chronology gives a general idea of how an insurance claim proceeds. Your claim may be different because of differences between companies, kinds of insurance, and state laws. An attorney can help you understand exactly how your claim will fit with this chronology. Remember, your attorney works for you and should clearly explain every step of the process.

Insurance claims will begin with a report of a covered incident to your insurance agent or insurer. Typically, this report will occur immediately after the incident, and it is to your benefit to report any claim as soon as possible.

Claims are reviewed by insurance company employees to determine whether there is coverage. This is usually done by very low level (or entry level) employees. You will be notified, usually by mail, of what they decide.

If you receive notice that your claim has been denied or that there is no coverage, you can try to work your way up the system until you get to someone who will treat your claim seriously. Some insurers are notorious for having a policy of denying claims on the first attempt on the assumption that most people will be discouraged or intimidated from pursuing it. If you have a claim you feel was unfairly denied, an attorney can help you negotiate with the insurer. Sometimes it only takes a letter from an attorney to make an insurer change its mind.

Some insurance policies provide for mediation or arbitration of coverage disputes. If your policy contains such a provision, you will present your side of the case to a neutral person who will decide whether or not you have coverage.

When you receive notice that your claim is accepted and that you are entitled to coverage, a number of things can happen. In health insurance and auto liability insurance, it is typical for the insurer to pay the health care provider and inform you that they have done so. In life insurance policies, it is typical in uncontroversial cases for the insurer to pay the benefit by return check, although they will require proof of death. In homeowner’s or renter’s policy claims, the insurer will want proof of what was lost and in some cases, will require that you replace what is lost and then seek reimbursement. In cases of fire insurance, you will have a long series of contacts with the insurer while they help you to reconstruct what you have lost.

Your insurer may defend you in a lawsuit, in some cases. This can occur in automobile liability policies, homeowner’s liability policies, and other policies where the insurer only has to pay if you are shown to be liable to a third party. In that case, the insurer will usually provide you with an attorney. Sometimes, insurers will be willing to let you use your own attorney.

In some cases, your insurer pays you for your loss and then pursues whoever actually caused the loss, under the legal theory of “subrogation.” If your insurer pursues subrogation rights, you may have to participate in the case.

Once a lawsuit ends, your insurer will pay any amounts it is ordered to pay by the court. Although your insurer may appeal, you will typically be finished with the process at that point. It’s hard to say how long all these steps will take in your case. The entire process can take from as little as hours, to as long as years. Generally speaking, the less money at stake, and the more basic the type of insurance, the faster the process will go.

For more information, you can reach Poynter & Bucheri your personal injury attorneys by calling (800) 265-9881.